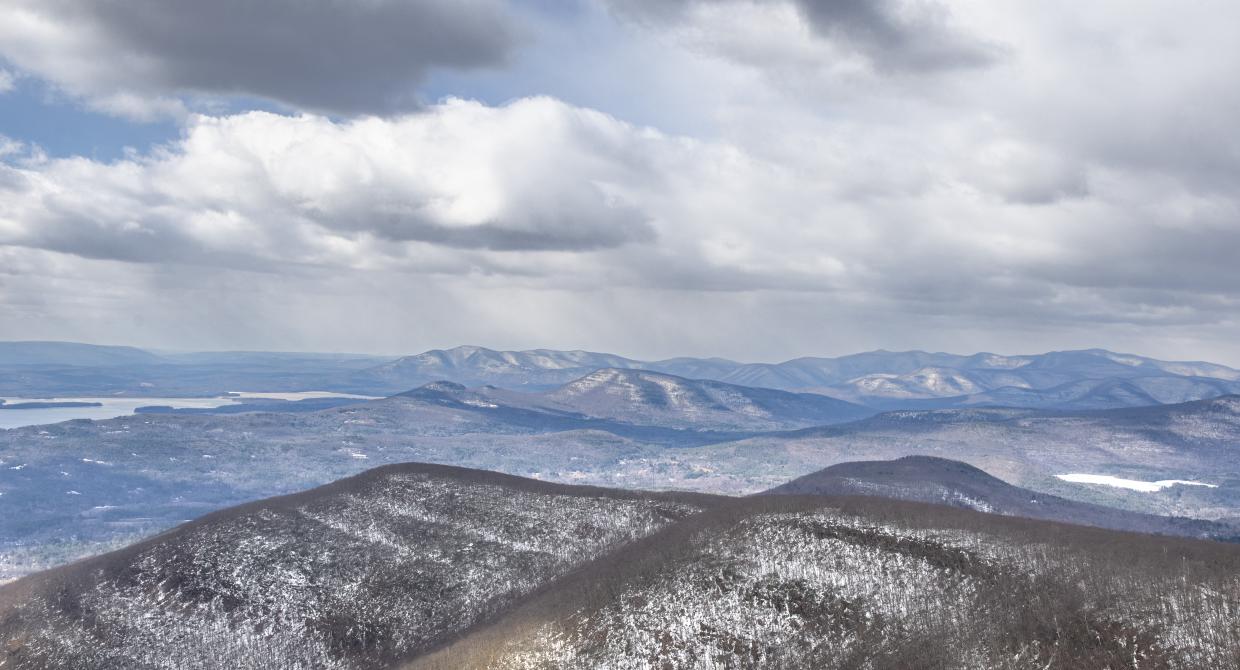 As we close 2021 and look forward to a new year, we send our gratitude to the trail community and all who believe in the power of nature.

Thanks to you, the Trail Conference continues to be an incredible force multiplier, recruiting and training more than 2,500 volunteers who care for and protect our region’s natural areas and the trails that provide access to them. Our volunteers’ efforts result in approximately $3 million in labor given to the improvement of public lands annually. That’s $3 million of care given to local trails and parks to ensure your experiences outdoors are safe and enjoyable.

In 2021, the Trail Conference celebrated a century of providing that service to our friends, neighbors, and all who recreate on these lands. The pandemic continued to create unprecedented circumstances and challenges for the trails and our service community, yet we persevered. Although our headquarters remains closed to the public, our programs and operations found renewed success in a hybrid model of outdoor, in-person workshops and work trips while continuing to leverage our Online Learning Library and holding virtual meetings. At the same time, we have continued to see trails face remarkably high usage with millions of people seeking respite outdoors. Despite these challenges, our Trail Family demonstrated resilience. We had many great successes this year.

You’ll find these wins for the outdoors—from conserving critical land and trail access in New Jersey, to helping lead efforts to stop the dreaded spotted lanternfly in New York. As we look back on the 2021 successes we’ve had in improving access to nature, we look forward to 2022 and the ways we can use what we have learned to become a stronger, more impactful organization. Whatever the new year brings, we’re excited to continue this journey with you and grateful to have you along with us.

Join Executive Director Josh Howard for a town hall update on the Trail Conference on Wednesday, Feb. 2, at 7:30 p.m. During this town hall, you'll hear more about these wins for the outdoors. In addition to celebrating our successes, Josh will discuss our plans for 2022 and the ways we can use what we have learned to become a stronger, more impactful organization.

This season, we put an emphasis on volunteer leader recruitment and onboarding. So far, 21 new leaders (15 Trail Supervisors, five Trail Chairs, and one ISF Crew Leader) were placed and received an individualized onboarding. Previous years saw the following number of new leaders placed: 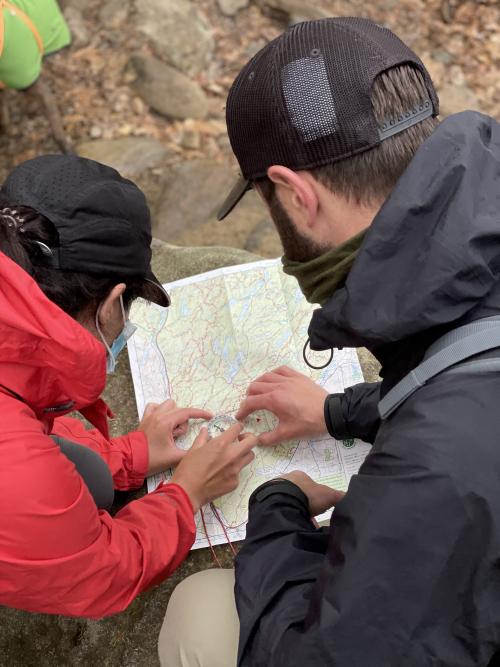 Our volunteers, Corps, and staff held 43 live workshops to train volunteers in 2021. Additionally, we continued to leverage on-demand digital content in 2021 to train new volunteers. So far, we have trained 147 Trail Maintainers with our prerecorded Trail Maintenance Workshop.

We launched a successful new initiative this season to deploy Corps crews to fulfill volunteer leader projects. Six volunteer leaders had one or two Corps crews come out to help execute projects— from removing invasives to building stone stairs to installing water bars. The feedback we received was all positive, including:

Online reporting for individual trail volunteers entered a trial phase in November, which is expected to run through mid-April. Five supervisor regions and one corridor manager region were selected to participate in the trial. The goal is to have a full launch in July 2022. 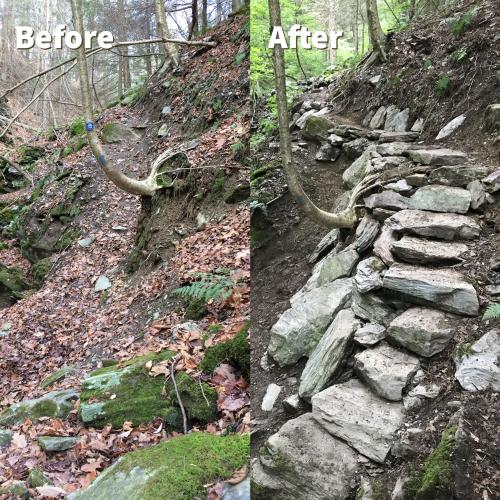 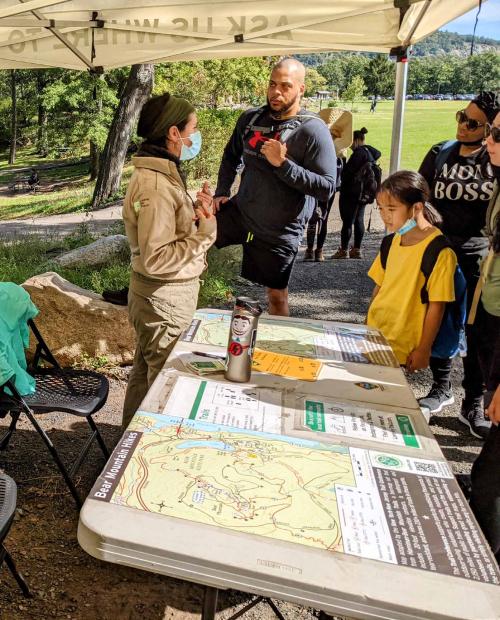 For nearly a decade, the Trail Conference has joined with land managers and local partners to provide training, management, and oversight to several Trail Steward programs at multiple trailheads and summits in New Jersey and New York. Trail Stewards help to protect the trails, the environment, and the visitor experience and promote local communities—a vital job in 2021 as more people than ever before began to explore trails throughout the region

In 2022, we will keep striving to inspire the next generation of trail users to become champions of the outdoors through user education, public participation, and sustainable, on-the-ground solutions.